Industrial Belt is a loop of flexible material used to mechanically link two or more rotating shafts. Belts may be used as a source of motion, to transmit power efficiently, or to track relative movement. Belts are looped over pulleys and may have a twist between the pulleys, and the shafts need not be parallel. In a two pulley system, the belt can either drive the pulleys normally in one direction or the belt may be crossed, so that the direction of the driven shaft is reversed. As a source of motion, a conveyor belt is one application where the belt is adapted to continuously carry a load between two points.

Belts are the cheapest utility for power transmission between shafts that may not be axially aligned. It helps protect the machinery from overload and jam, and damps and isolated noise and vibration. Load fluctuations are shocked-absorbed (cushioned). They need no lubrication and minimal maintenance. They have high efficiency, high tolerance for misalignment, and are of relatively low cost if the shafts are far apart. Clutch action is activated by releasing belt tension. Different speeds can be obtained by stepped or tapered pulleys.

The angular-velocity ratio may not be constant or equal to that of the pulley diameters, due to slip and stretch. However, this problem has been largely solved by the use of toothed belts. Adjustment of center distance or addition of an idler pulley is crucial to compensate for wear and stretch. 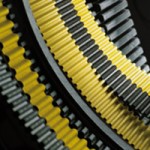 With its unique narrow width, this V-Belt has high power transmission capability. 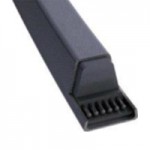 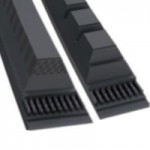 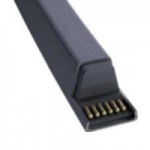 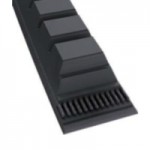 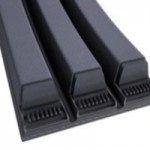 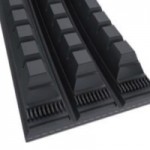 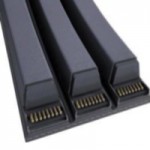 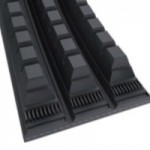 Provided with symmetrical teeth on both sides, this belt is suitable for positive, multi-pulley drives 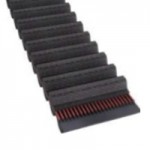 Polyurethane belt suitable for use in clean environment. 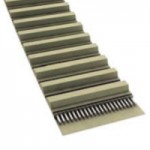 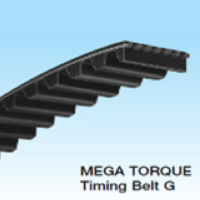 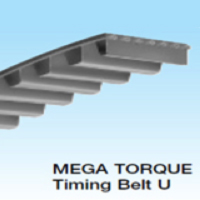 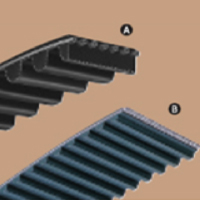 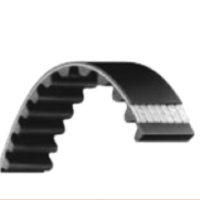 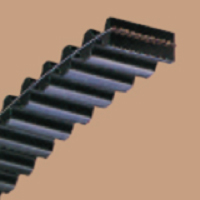 They are ideal for applications needing high oil and ozone resistance. Their clean operation makes them suitable for appliance and office machine use. 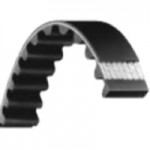 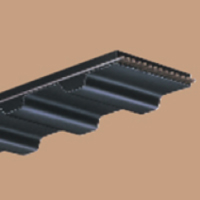 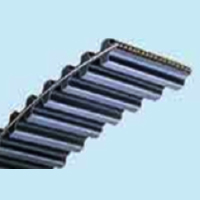 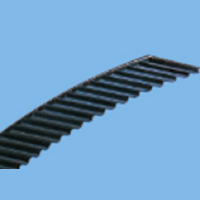 Polyurethane belt suitable for use in clean environments. 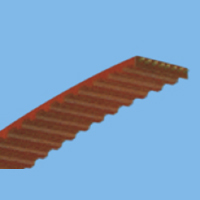 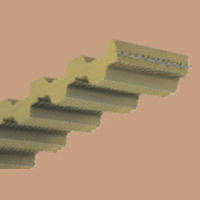 This belt is long-span linear drives and light-duty synchronous transmission and transportation. 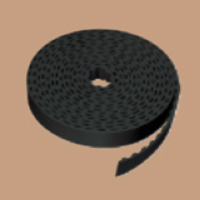 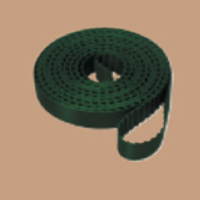 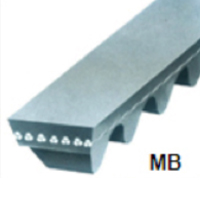 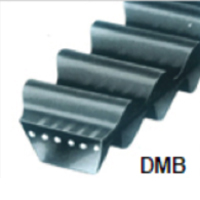 This is a wide-angle belt with an angle of approximate 60˚. 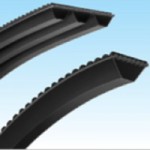 Changes in speed can be accurately, smoothly and quietly transmitted from low to high speed. 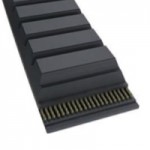 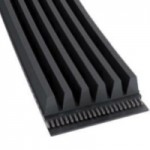